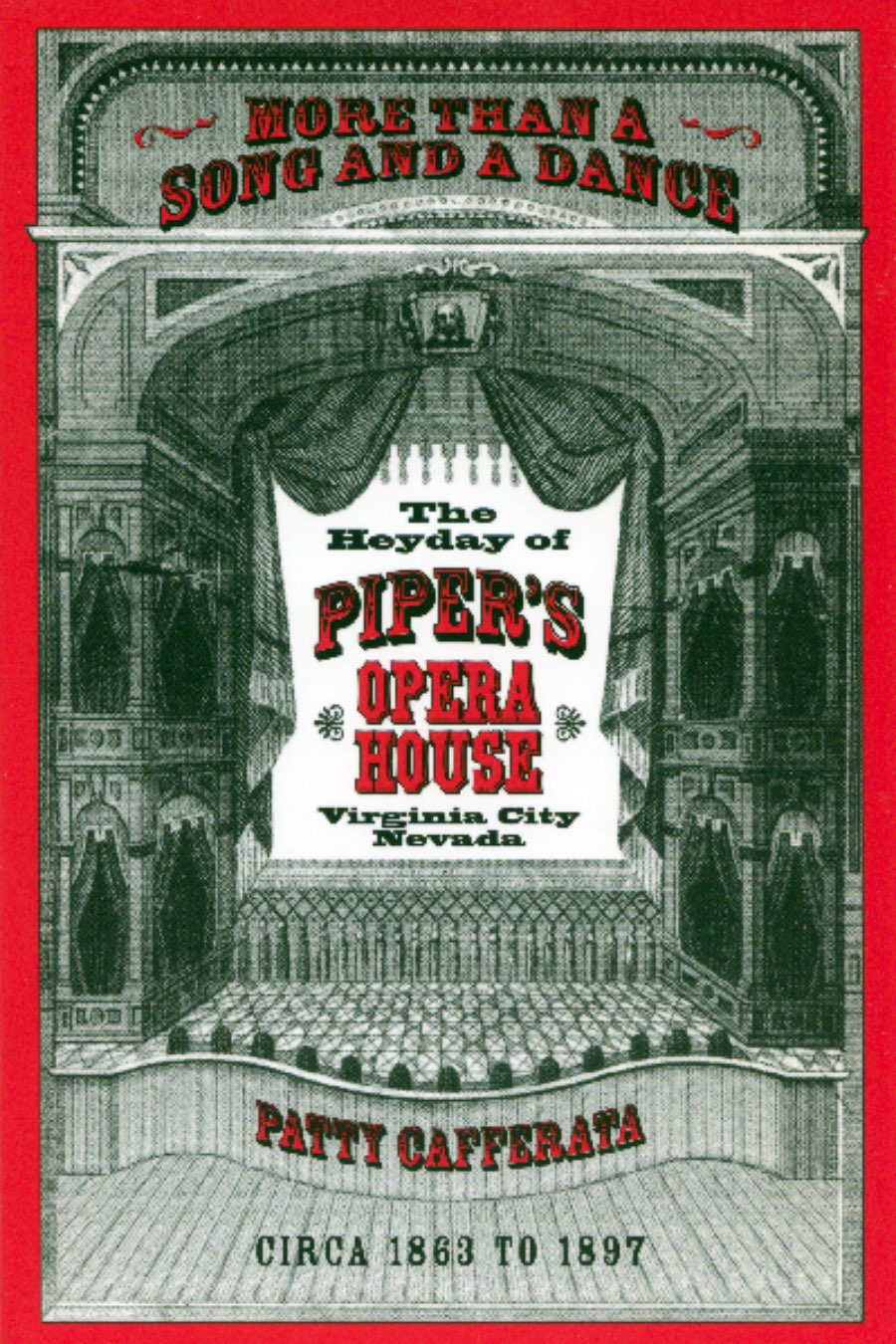 More than a Song and a Dance: The Heyday of Piper's Opera House, Virginia City, Nevada

Piper's Opera House played a prominent role in the lives of the residents of the Comstock during the gold rush. Piper's was the scene of not only entertainment, but also of important political and social events in Virginia City, Nevada from the 1860s until 1900. The third opera house stands in Virginia City and is being restored.

The book contains 87 pages with 40 photographs and illustrations, and a map of the area of the sites of Maguire's and Piper's Opera Houses, a Bibliography and Index.

Fortune seekers Tom Maguire and John Piper rushed to Virginia City, Nevada around 1860 after the discovery of gold on the Comstock. Piper and Maguire were not frenzied prospectors or miners. They were businessmen. They arrived in town separately, yet within short order Piper acquired Maguire's local entertainment business.

Despite their name, Nevada opera houses rarely offered opera. These theaters were venues for other types of amusements. Maguire offered a diverse range of comedies, melodramas, operettas, burlesque and minstrel and vaudeville shows to Shakespeare's plays to lecturers and political debates on the issues of the day.

Similar to the way Maguire offered entertainment, Piper booked a variety of shows, political events, lectures, plays, musical performances and other types of amusements for a one night stand or for a weekend. When Piper acquired the theater in 1867, he leased it for seven months to Max Walter. Walter booked the popular plays of the day relying heavily on Shakespeare productions.

"A carefully researched and engrossing account of Virginia City's heyday, and the jewel in its crown - Piper's Opera House." — Debbie Hinman, Reno writer